Based on its experience in dealing with individual cases and direct services, the Center has discovered the structural defects and lacunae weighing on disadvantaged groups of persons and has worked with others workers bodies, trade unions, civic groups, and the Committee for the Promotion of Women’s Rights (since 2012 Gender Equality Committee) of the Executive Yuan to improve structures and regulations.

The chief issues in which the Center participated in amending and preparing legislation and in finalising policies include: 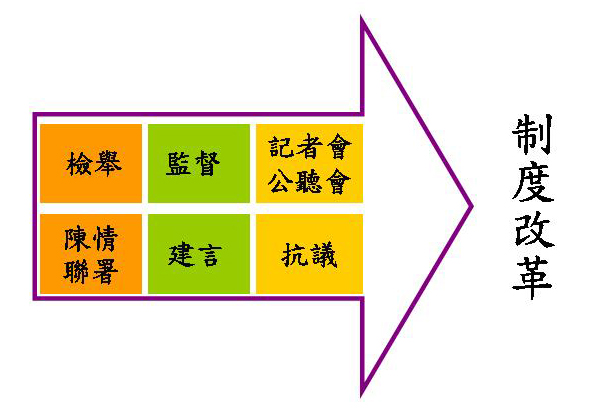 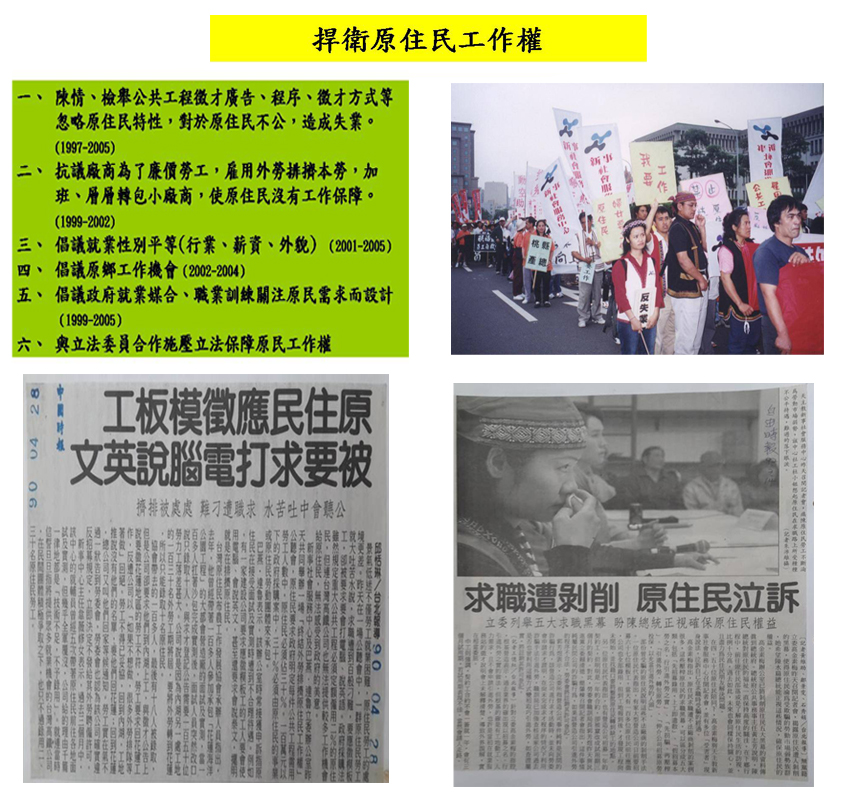 <2>   Rights of migrant workers: campaigning and promoting the right to work of spouses from overseas, campaigning the Council of Labour Affairs to abolish regulations obliging female migrant workers to undergo a pregnancy test, getting the government to set up a publicly-funded, privately-run asylum for migrant workers, guaranteeing that migrant workers in asylum may have more opportunities to look for new employers from the previous two times extends to as many as possible within two months, encouraging the Council of Labour Affairs and the Ministry of the Interior to join in including migrant workers at risk in the national information system and receive equal protection to that offered local people. The Center works with many other civic bodies that promote changes to laws and supervision of laws governing migrants and preventing human trafficking 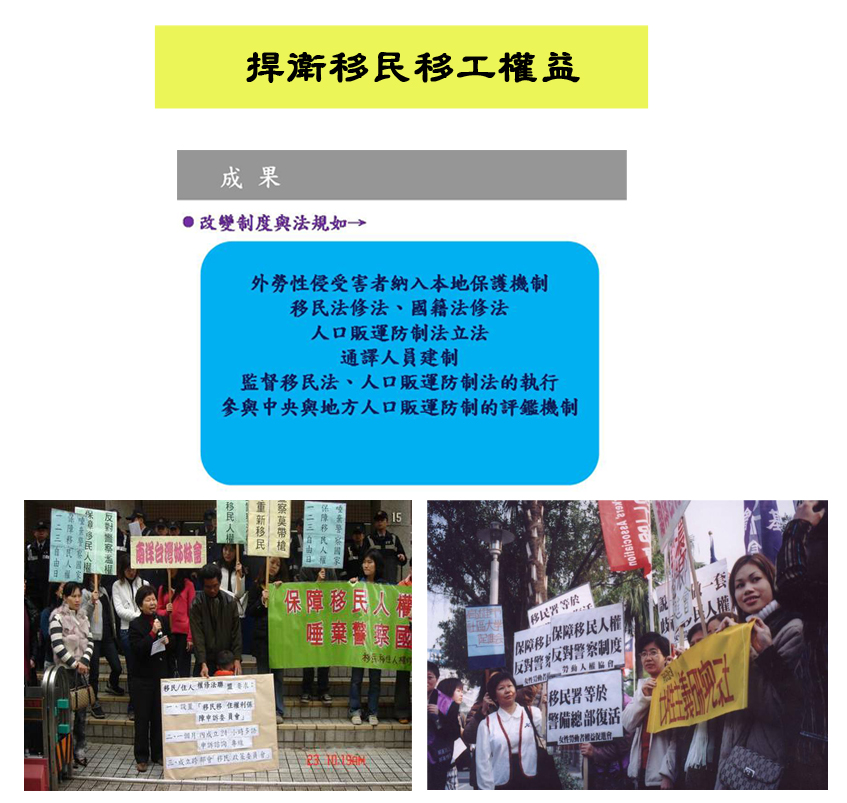